When I was a kid, cars weren’t for collecting, they were for playing with. In fact, the oldest cars of mine were hand-me-downs from my big brothers, so they had been played with a few times before they even got to me. I enjoyed my cars and was fond enough of them – even as I became an adult – that I held on to them, tucked away nicely in the vintage Hot Wheels Collector’s Race Case pictured here.

My family was a Chevy family and most of my brothers drove Novas. The first car that I drove regularly was 1969 Chevy Impala that an older brother had loaned me to use when I was in high school. It was a brown 4-door with a tan vinyl top that was peeling off and it had been rear-ended by a tow truck. It was ugly and much of the time I couldn’t get it started, but I was glad to have the use of it. The first car I bought for myself was a 1973 Chevy Nova 2-door hatchback that I found at a used car lot. It had been wrecked too, and had a healthy percentage of Bondo under the green-gold metallic paint. It also had a bent rear axle, a leaky transmission and a decaying exhaust system, but I loved it anyway. I paid $1200 for it and when it was totaled 10 years later the insurance company wrote me a check for $1200.

Here’s a photo of the Green Goblin shortly after I bought it in 1985. 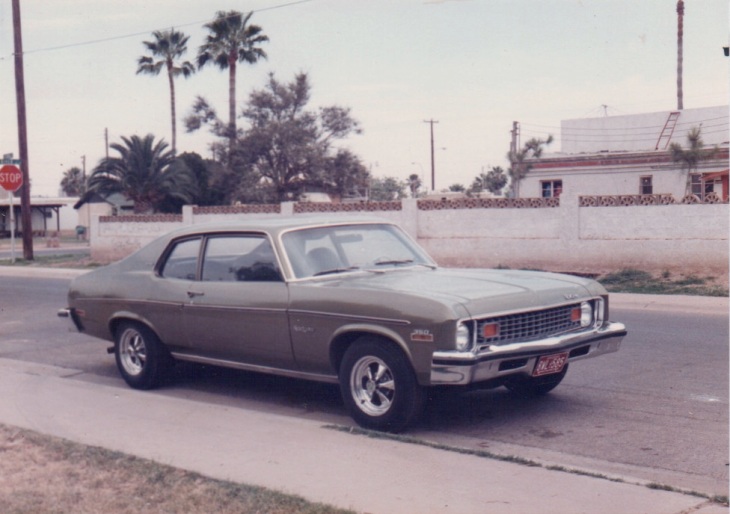 And here’s a photo of it shortly after it was wrecked in 1995. All of that heavy Detroit steel probably saved my life. 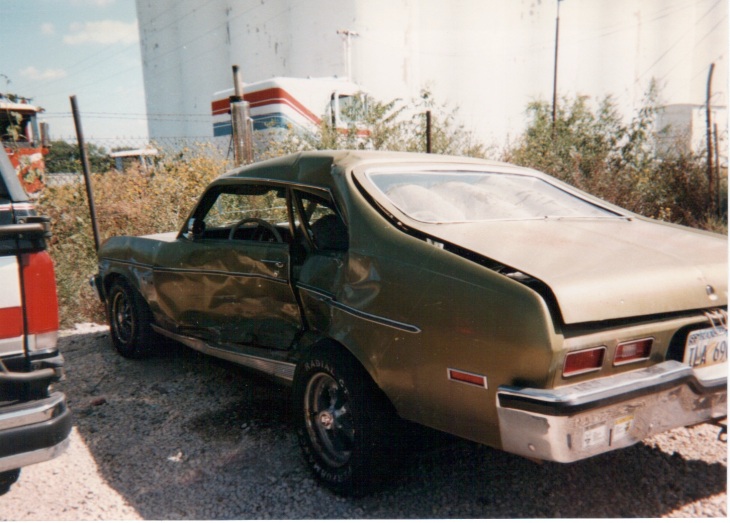 I never bought another real Chevy, but I never stopped enjoying cars, real or otherwise. I started occasionally buying Hot Wheels or other die cast toys that I liked. Eventually, I had a decent number of Impalas and my adult collection was born. Things really took off when Hot Wheels released a ’68 Nova as one of the 2004 First Editions. I bought up enough of those to give one to each of my brothers, though I’m not sure they were as excited about the whole thing as I was. Currently, my collection includes a large number of Impalas and Novas of various brands, as well as “vintage” cars, which range from a few Lesney Matchbox cars from the 1950s up to the end of the Hot Wheels blackwall era in 1995 – and everything in between. The last time I counted, which was January of 2017, I came up just shy of 1000 pieces. I thought it would be fun to share what I’ve collected with anyone else who might be interested.

The stairs to the unfinished basement make a good place to display all of my Hot Wheels Impalas.

Another side of the basement stairwell holds most of my Johnny Lightning Impalas, as well as many more Impalas.

I bought a nice retail display at a garage sale and I use it to hold my Nova collection. 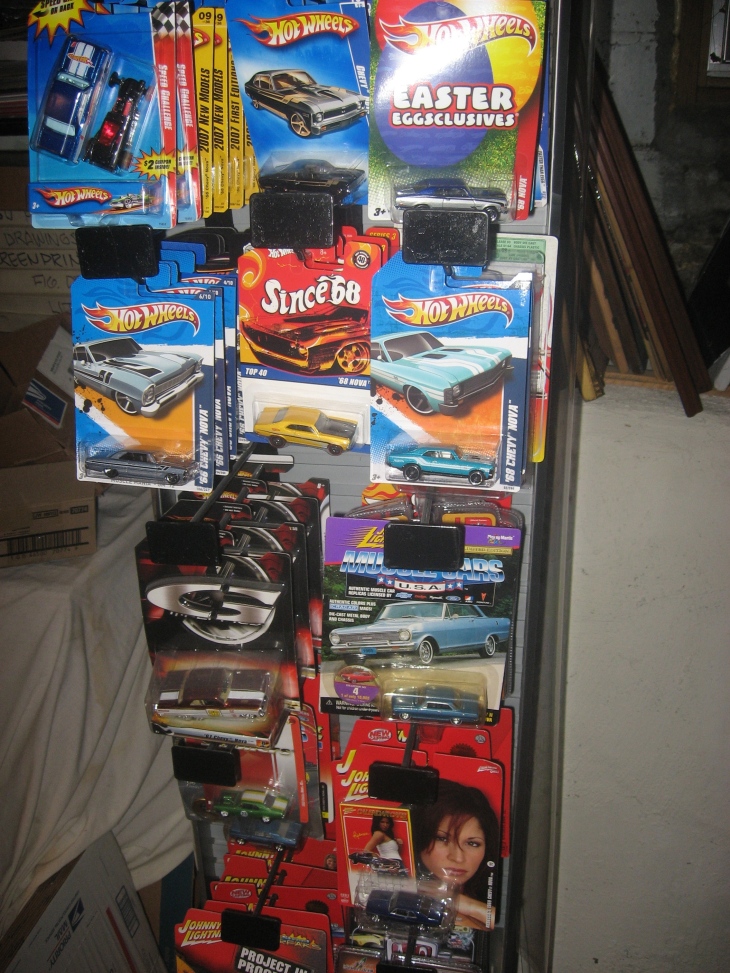 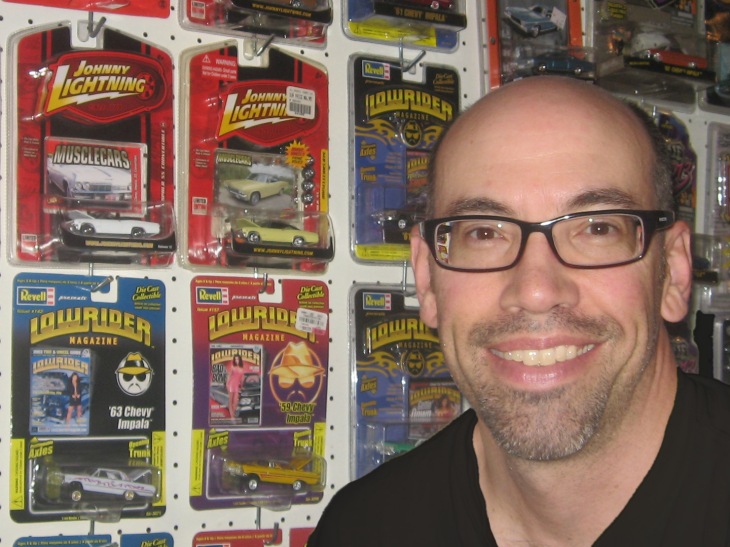 Marc Bosworth is an artist and printmaker who works as an art director. Born into a Chevy family a couple of years before the first Hot Wheels were released, he is an avid die-cast car collector whose treasures range from vintage Lesney/Matchbox models to the latest Johnny Lightning releases. The Race Case was created to showcase his collection and to serve as a platform for ruminations on all things related. He lives in a 100-year-old bungalow in Wichita with his lovely wife and their young ninja son.

This site uses Akismet to reduce spam. Learn how your comment data is processed.